The onslaught of food started not an hour after I stepped off the plane. First up, a lox bagel at Russ & Daughters. I have not found anyone else that masters the balance of lox, cream cheese, bagel, and red onions as well as them.  I stopped by Dominique Ansel to pick up some gifts for others. The last time I was there, I had waited 3 hrs in the early morning for a tasty cronut. He’s up to something new craze, but I’m in no hurry to wait in line. A lavender grapefruit pavlova, which I waited 3 minutes for, was great too.

Anytime I find myself near NYU area, I gravitate toward Momofuku Saam. Its not really that close, but I love the idea of just sitting at the communal counter and wolfing down a rotisserie duck rice bowl. Another neighborhood favorite revisited, the burger at Corner Bistro in West Village. Both guilty pleasures I guess.

I booked a single person lunch at Del Posto since everyone I knew was at work and was treated like royalty by the staff. I thought the luna piena to be one of the best pastas I’ve tasted. The other dishes I had here were all very solid. This is a restaurant I’m glad I finally got to try.

I returned to Robertas after having a great meal there 4 years ago.  I’ve eaten a lot more the past few years and now conclude that the cooking there doesn’t justify such lines. The food is good, but I find the Bay Area quality of mid range restaurants to be of similar style and caliber. The grunge space counter-intuitively draws me back for a fun evening with friends though. The Eastham mussels dish was memorable. 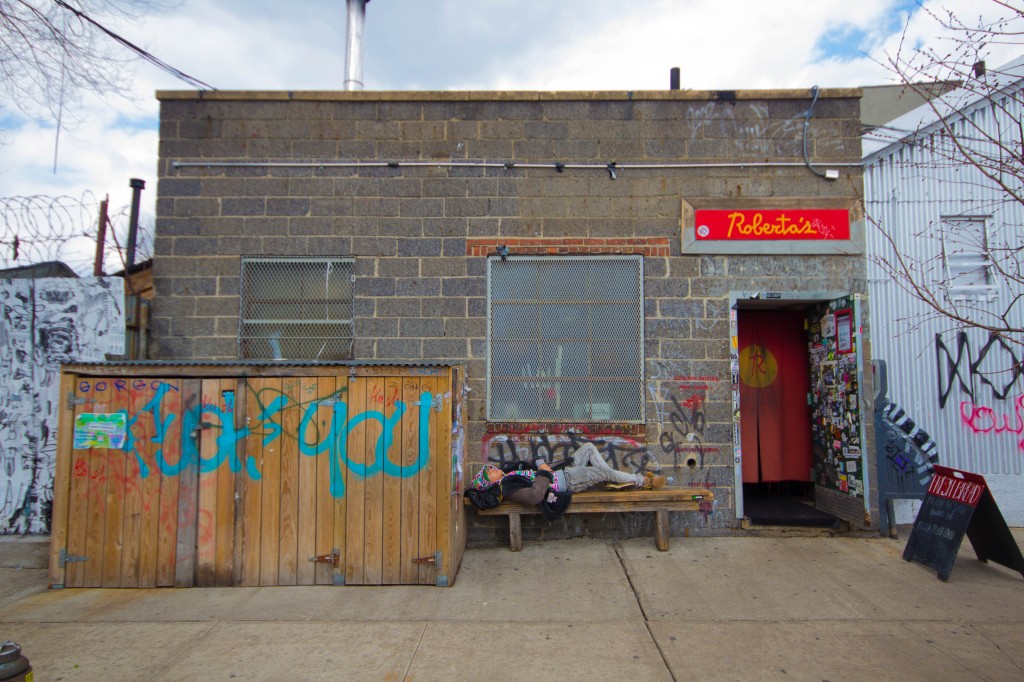 The next evening, I found myself back in Roberta’s courtyard for Blanca. If Roberta’s is a indie rock concert, a pianist in the corner of a hotel lobby would summarize Blanca well. With a kitchen counter seating, Chef Carlos Mirarchi and his two chefs prepared 20+ courses where I enjoyed the dry aged meats the best.  I half expected Blanca to be the best meal of my trip, a la Chef’s Table at Brooklyn Fare of 2013, and that might have rendered my expectations unachievable (The parallels being kitchen counter seating and banned photography.) While Cesar Ramirez’s cooking at BK Fare pushed out luxurious dishes that wouldn’t seem out of place at destinations like The French Laundry, the food at Blanca was focused. Dishes had a main ingredient with one or two supporting ingredients.  It made for 20+ tasty bites of what a talented chef would have most fun cooking. Chef Mirarchi shared with me that he didn’t want people’s experiences pre-conceived with photos online or posted menus, so I’ll stop with any more details.

I stayed near West Village so I paid a visit to Kesté. The place introduced me to artisan pizza 4 years ago and I had a wonderful buratta pizza this time around. You always remember your first….

Somewhere in all this eating, I walked across the Williamsburg Bridge and had a great peanut butter & jelly ice cream at Odd Fellows in Brooklyn. How does that jelly not freeze?

My friends, Sam and Grace, took me to Delaney’s BBQ in Brooklyn. The brisket is a rock star. Didn’t think anything could resemble to Franklin in Austin, TX but this as close as you could be. By the way, congratulations you two!

There’s a ramen joint in Tokyo, Bassanova, that has proved elusive my last three visits to Japan. The chef left for NYC and opened up Bassanova a while back. While he left the American counterpart as well, the signature green curry ramen remained on the menu. It was good but their tonkatsu version was even better. Around the corner from Bassanova, my friend took me to her childhood favorite, Great NY Noodle Town of Chinatown. The congee here was probably the best I’ve had. Move over Halal cart, a new late night post bar option! I did visit  the Halal cart the night before too though.

While I acknowledge cooking at Jean George’s to be top notch, I have always left disappointed. This time was no different, but here’s a plausible explanation why – the dining room at Jean George out classes the food being served at lunch.  I regard the dining room at Jean Georges to be among the most cleanly beautiful I’ve sat in on a sunny day. The food on the lunch menu is comforting, but something I’d want to eat in an Asian-influenced bistro. The Black Sea Bass in Sweet & Sour Jus and the fried sweet breads were excellent but I find myself eating wanting to enjoy those without the fuss of dressing up. I heard Pete Wells of the NYTimes came in recently for a re-review; I’d probably trust his words more than mine. 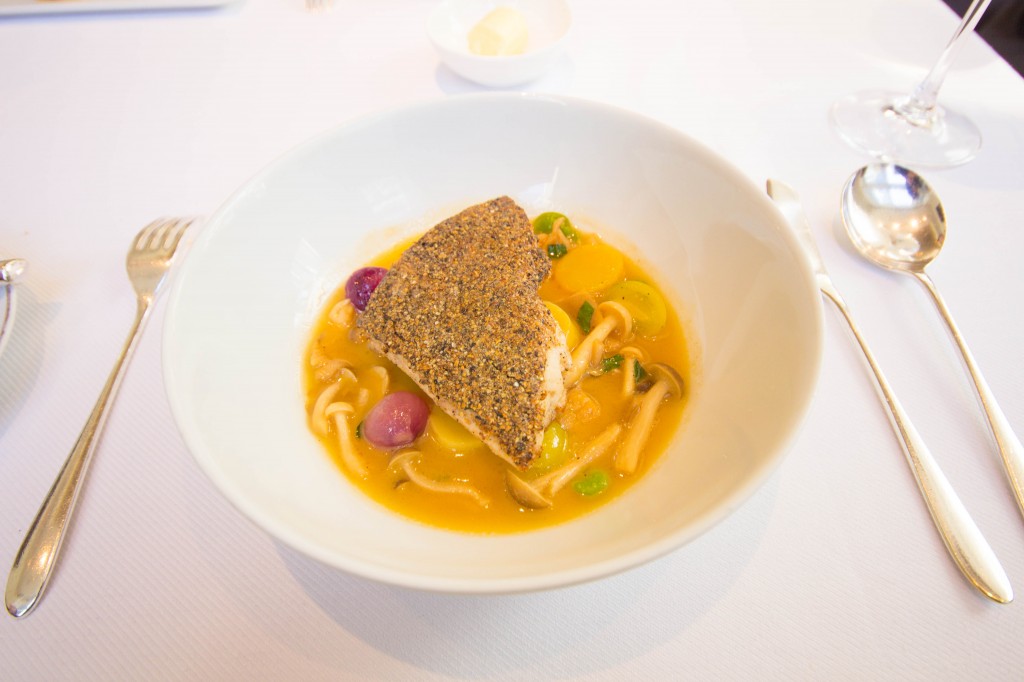 Le Bernardin was what I expected it to be – prodigious. The seafood cooking is just incomparable. A few friends wanted to try the best NYC fine dining had to offer so suggested the seafood temple despite it meaning I would have visited twice in a year. I’ll order something besides the Chef’s Tasting menu as I had the same Langoustine dish 6 months ago and two of the dishes had the same main ingredient (halibut and king crab). Regardless, everything was still perfect.

I squeezed a last minute lunch on my last day at Gramercy Tavern. It had been on my list over the years but I never made it in because of all the other “hot” restaurants fogging my mind. I regret not climbing out of the clouds earlier.  The one meal I’ve had there elevates it into my one of my favorites of the city. A perfectly cooked ricotta cavatelli and comforting pork chop dish stood out, as did the gorgeous, comforting dining room. Thanks Bui for indoctrinating me, I will return for sure.

With each trip to New York City, I am learning and understanding the restaurant scene more; no longer just blindly labeling it as the vanguard of American dining (although I still think it is). Each trip remains a mix of the new and old – some old favorites that I can’t help but jump in and some that I’ve eyed from across the country for a while.  Hopefully I find myself in Saam bar sometime again this year.