Buying cuts of meat from a butcher shop is always exciting. Undoing the paper wrapping from the butcher feels like Christmas morning gift unwrapping for me, you already kind of know what you’re getting but you’re genuinely exhilarated anyway.

Making steak sous vide style in an ice chest with hanger steak purchased from a butcher shop? haha, you can only guess my excitement here.

Prep Station, steak with some rosemary, onions, and garlic. Carrots with similar garnishes and olive oil 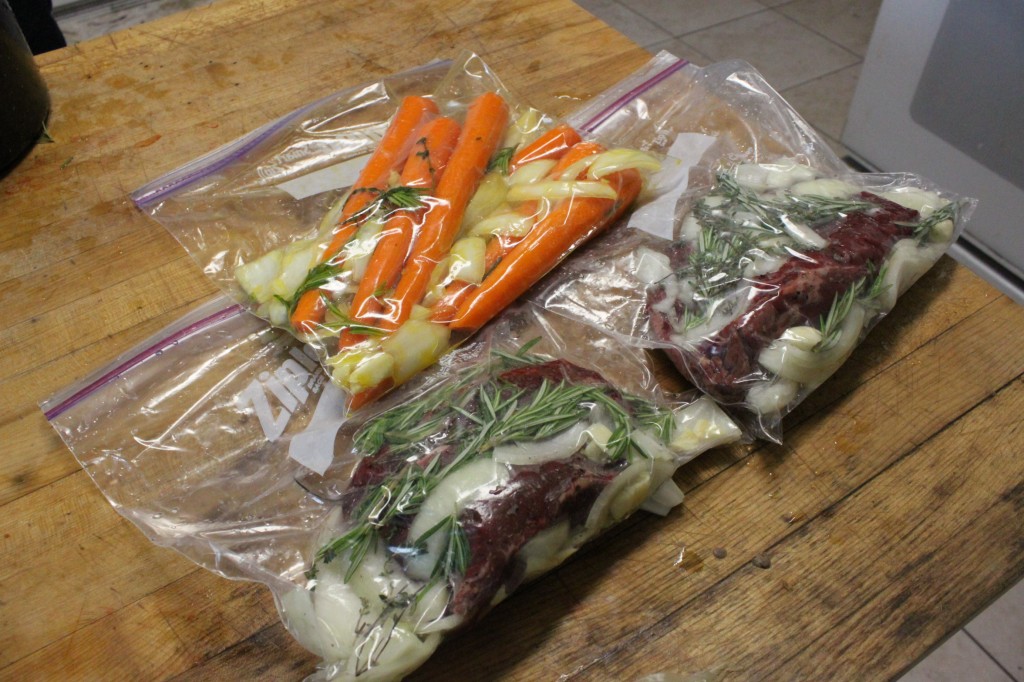 Steak and Carrots in Ziploc bags (dont trust cheaper ones..). Carrots need to be kept at around 183 F, so that was put in a pot on the stove top where the temperature fluctuated between 175-185F. 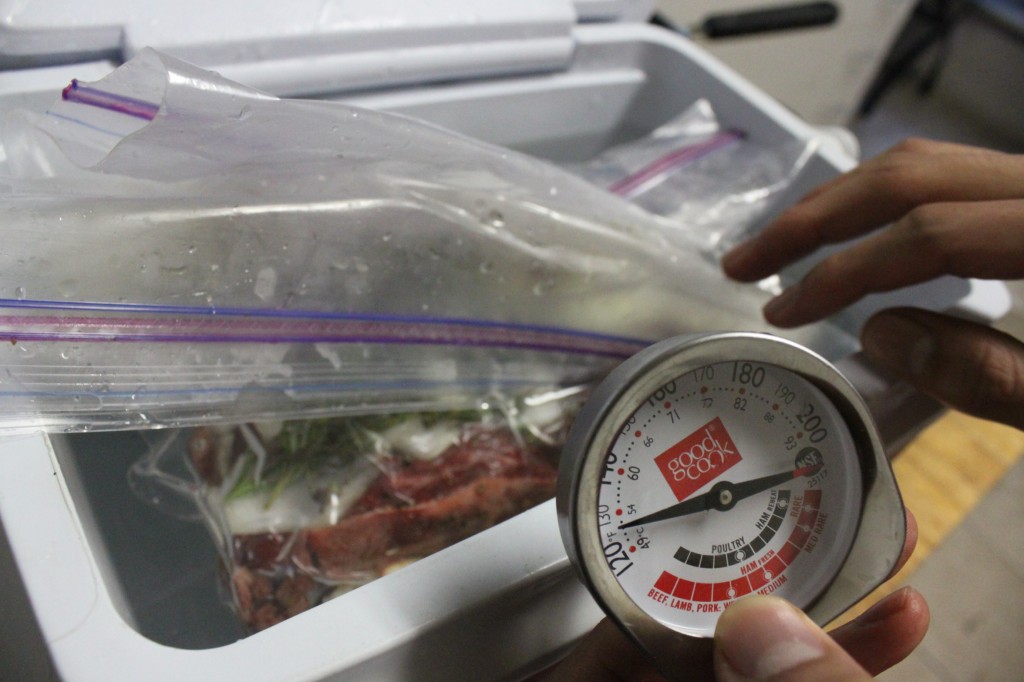 Steak in a ice chest/cooler, changed the water around 20 minutes. Surprisingly, the temperature only dropped 1 to 2 degrees every 20 minutes. Medium rare to be kept around 135-138 F. 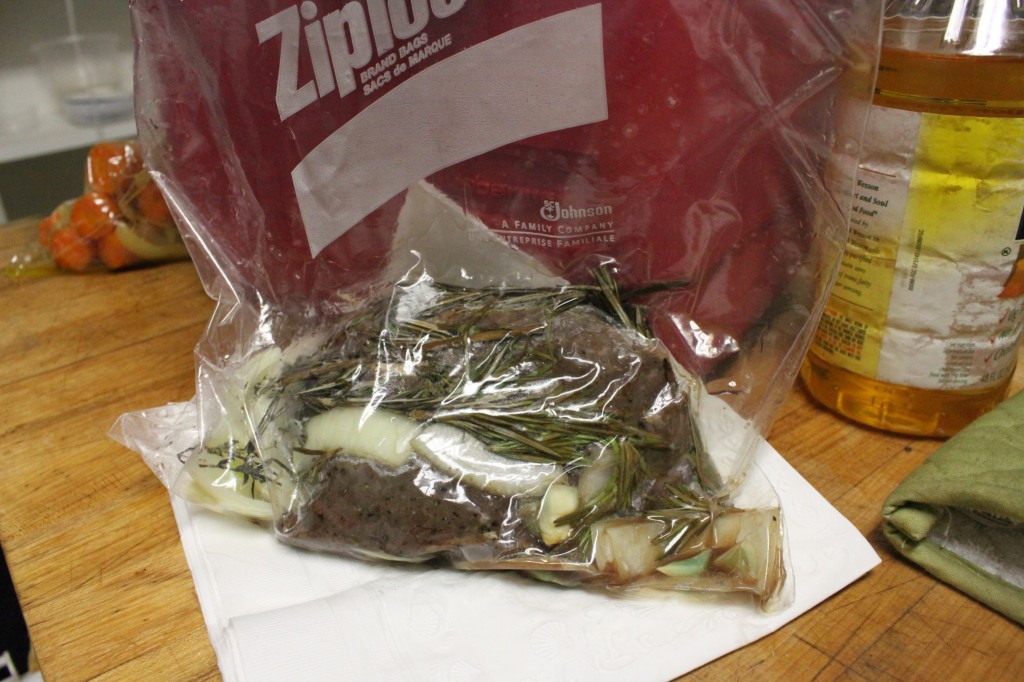 Around 70 minutes later, I removed both from the bag to sear on a cast iron at the highest heat. (I normally preheat the cast iron in the oven). 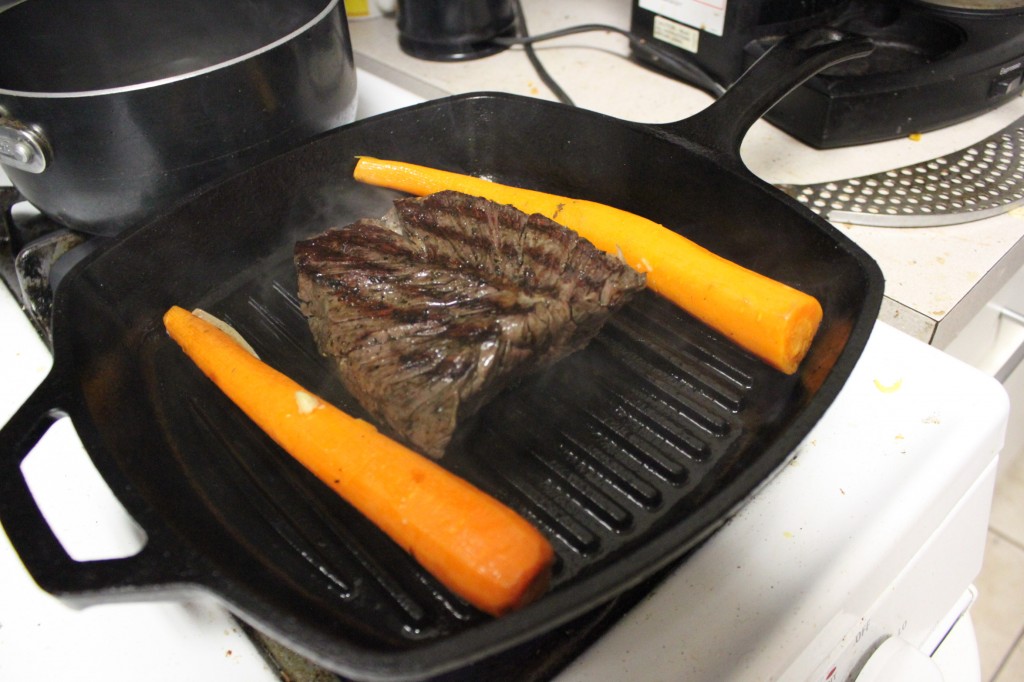 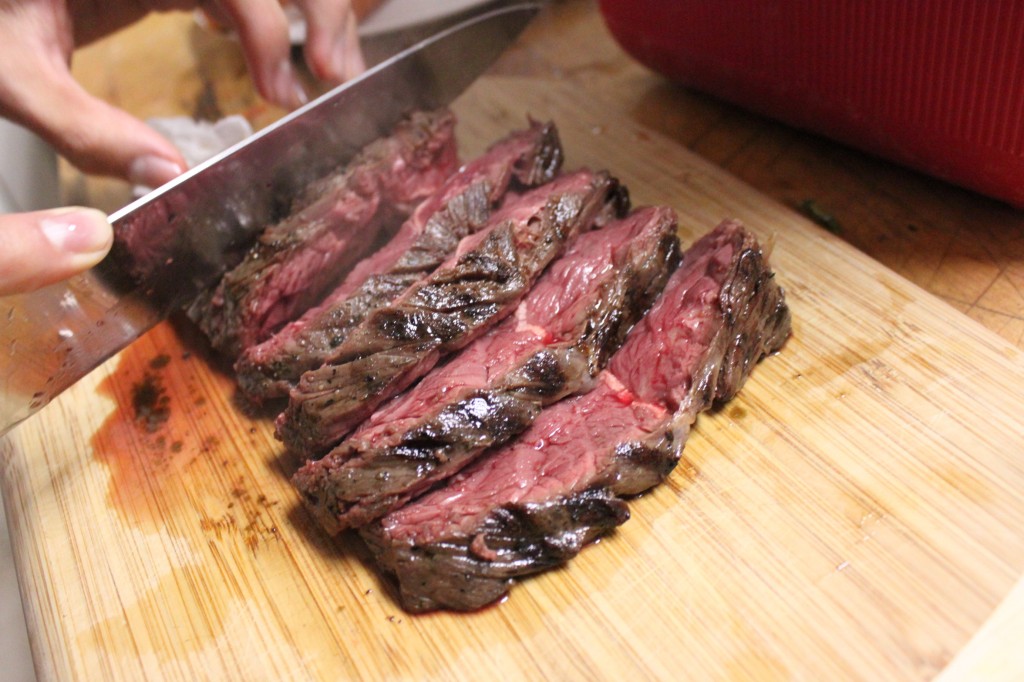 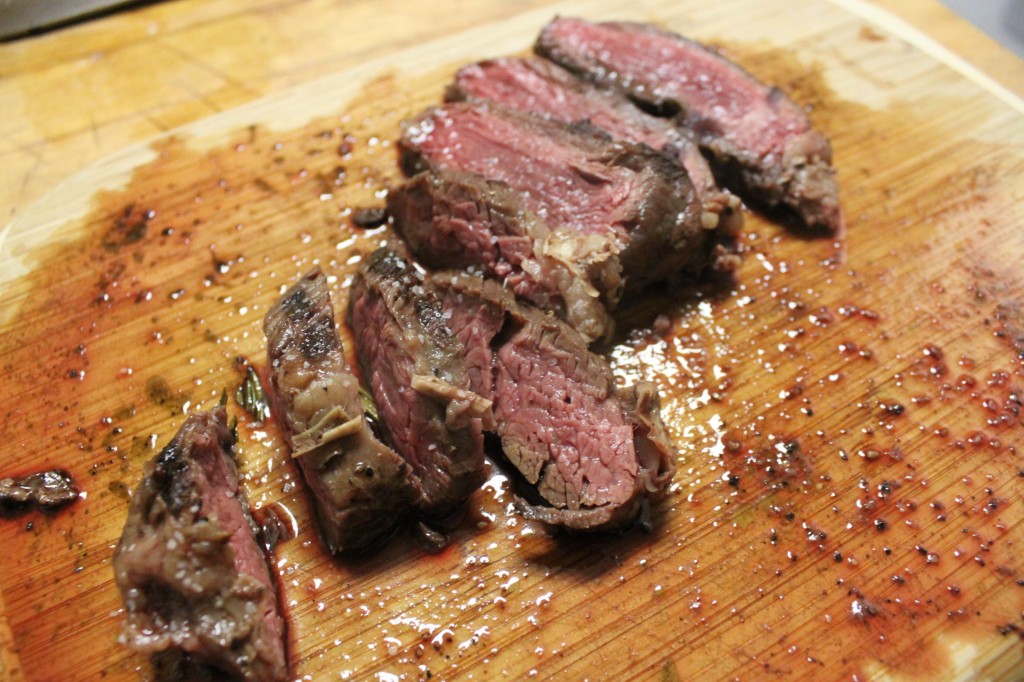 Steak turned out a little more rare than I thought, but it was still amazing.. I’ve never made a beef cut this well, including my ribeye that I’ve tried to perfect after over 15+ preparations. I’ve had so much worse steak preparations at many M-starred restaurants, and I could’ve even made this better by just maintaining the water temp a little higher to get a more medium rare.

Do these world class chefs cook out of ice chests? haha! My post college dream was to purchase a couple hundred dollar sous vide machine but I think my ghetto version with an ice chest will do just fine.