Summer 2012 was the quintessential post-graduation trip of a lifetime (see earlier post here). It was also where I dined at some of the most acclaimed or storied restaurants that don’t call the US, “home.”

Some of them were fine dining, some of them were Michelin starred fast food joints. But what was truly awesome was to see how flat the world was, how fine dining operated in similar fashions throughout the world, yet with their own subtle, but distinct local flair. Sushi Mizutani in Tokyo consisted of few words spoken, and even less minutes spent in the small sushi temple. Louis XV was spent on the balcony of Hotel de Paris, overlooking hundreds of Bentley’s, Ferrari’s, Maserati’s… 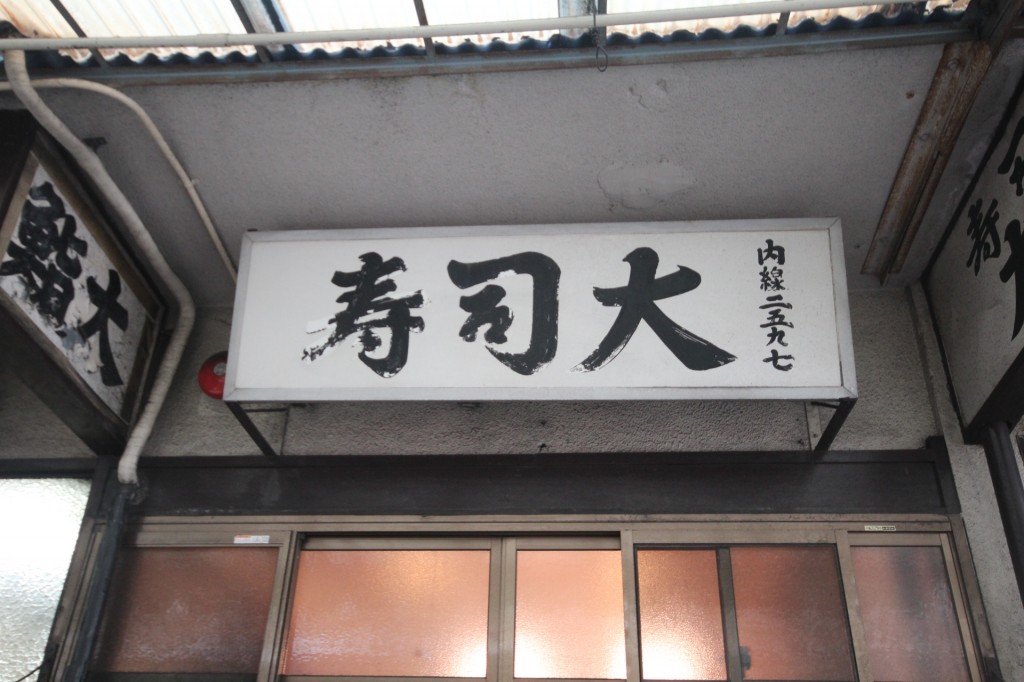 I began in Tokyo with the Tsukiji Fish Market where I experienced the most incredible sushi  at Sushi Dai. With a 2 hour wait at 7 in the morning, the sushi there was surreal. Priced extremely fairly and I was all smiles after the meal, but honestly who isn’t when they walk out of “Big Sushi”? A few days later, I entered the temple of Chef Miztauni at Sushi Mizutani. Photo privileges were denied, but the meal was not even close to the experience I had a few days earlier at the fish market. Its supposed to be on the level of Sukiyabashi Jiro, Mizutani’s former Sushi mentor’s fellow 3 star establishment. It was great, but if I was asked where to go for sushi in Tokyo, I’d direct them toward Sushi Dai in a heartbeat. Mizutani and Jiro experiences can be saved when you mentally prepare yourself to be in front of a true master of a craft, with all the beauty and intimidation that comes with it. 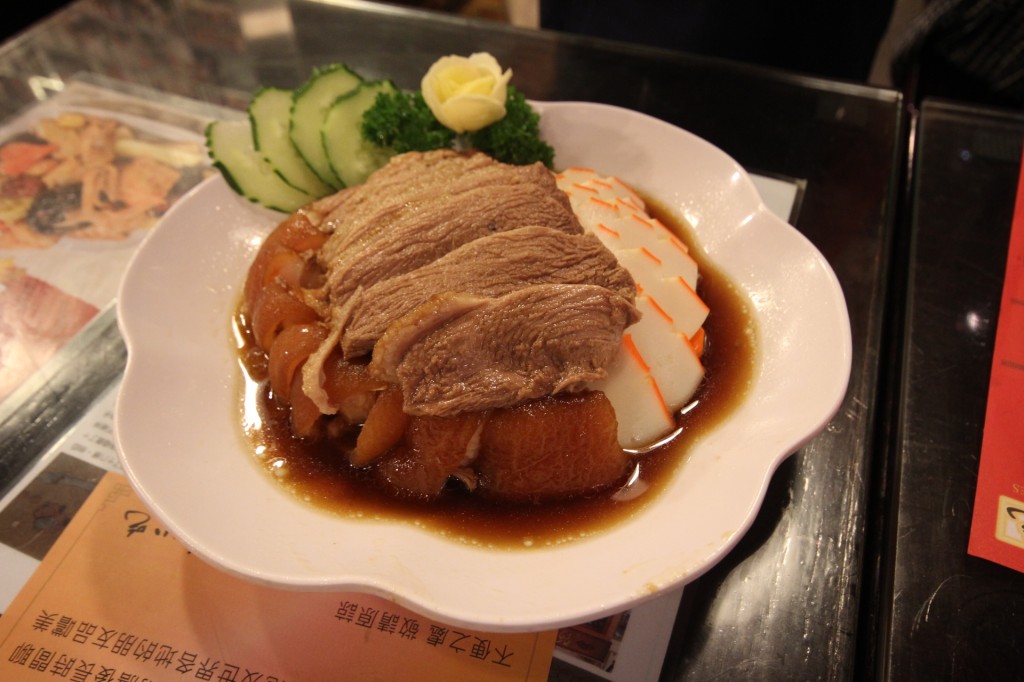 My second food destination was to Hong Kong where in the 24 hours, I had 3 Michelin meals that were priced a good chunk below the average SF restaurant price. Some of the best dim sum and goose was to be had here.

Next, I journeyed to Europe where many of the smaller, unknown restaurants impressed me far more than the heavy hitters. Maybe it was the expectations, but nonethless, disappointment usually occurred with the red book 3 stars.  Gordon Ramsay was more or less unforgettable, but Pierre Gagnaire and Alain Passard just completely underwhelmed. Maybe I dont appreciate French cooking/genius/whatever. 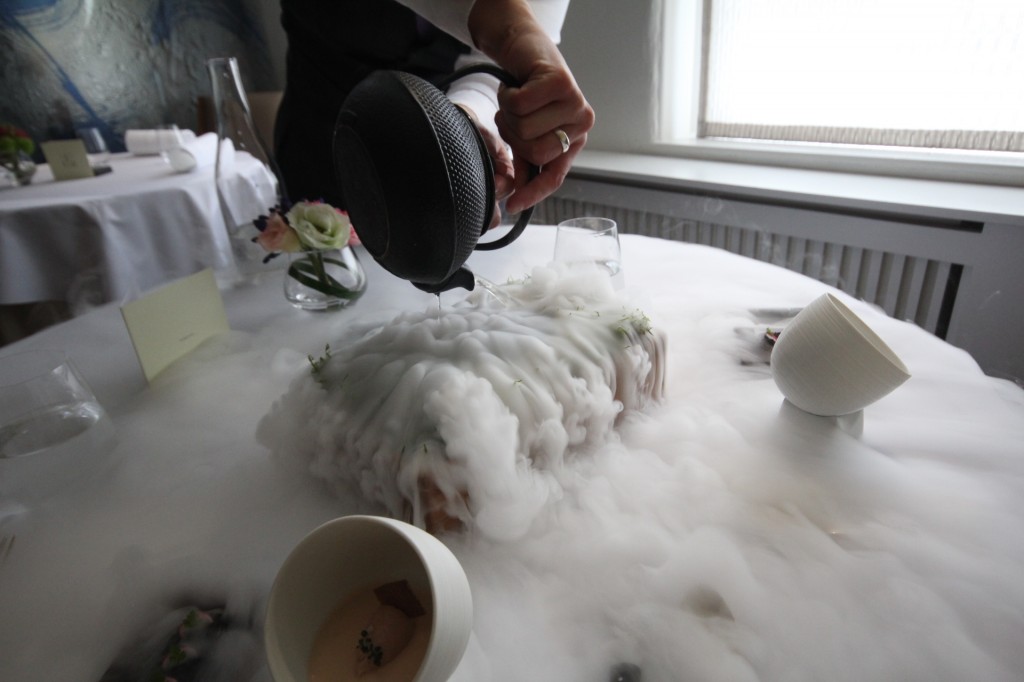 Heston Blumenthal threw curveballs , left then right. It was ridiculous how fun my friend and I had at the Fat Duck. When you’re having tea with the Mad Hatter or enjoying a dish accompanied by ocean sounds, you cannot possibly leave that playhouse without giggles all over. 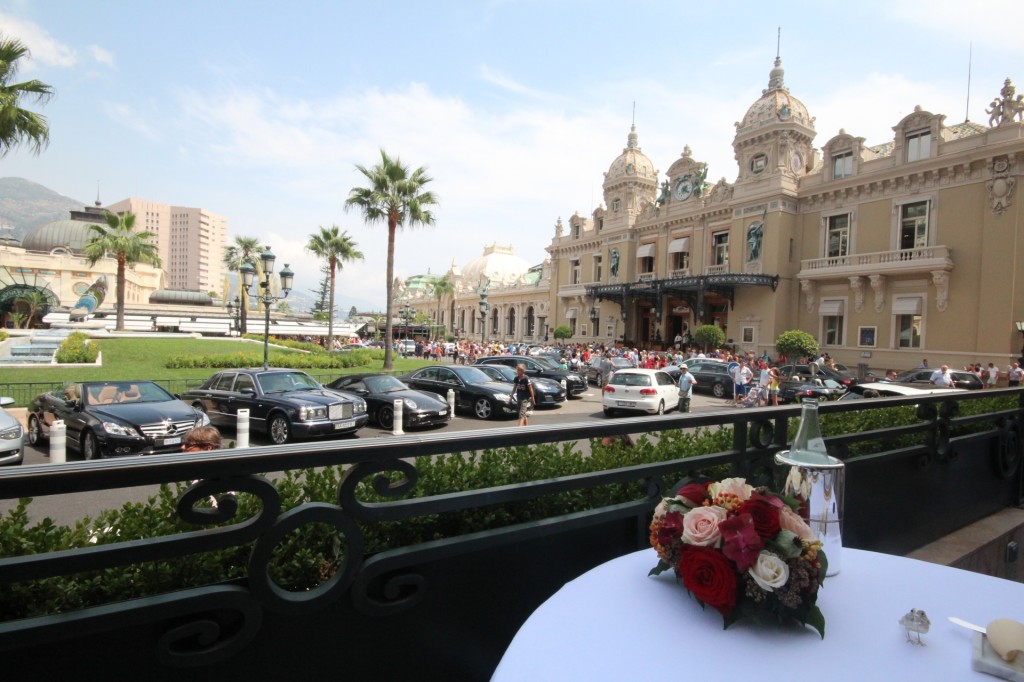 I bow to Alain Ducasse. In addition to having the most majestic dining room ever, Le Louis XV showed me simplicity can be artistic culinary genius and truly beautiful. Simple wild strawberries over a mascarpone sorbet prompted me to declare it the best dessert I’ve ever had. His signature cookpot of season vegetables…. words cannot describe… you would have to enter my day dreams to understand how much I enjoyed this.

I returned to Carme Ruscalleda’s sea side restaurant, Sant Pau, and left knowing that my amazing dinner 8 months earlier was no fluke . Equally amazing, the town, Sant Pol de Mar, transformed, night and day, from the quiet winter neighborhood to the bustling seaside town of summer, full of Spanish vacationers to the beaches of the Mediterranean.

Another notable included the amazing views of Chateau Eza, along the Cote D’Azur of France. The food didn’t match the breath taking views, but then again.. what can? (probably the cookpot at Le Louis XV….)

The smaller name restaurants I spoke of earlier were Reinstoff of Berlin and La Degustation of Prague. Reinstoff was a solid modern fine dining establishment, fully deserving of its 2 stars. It was a meal that my San Francisco Bay Area palate was happily familiar with. La Degustation also employed a modern approach, albeit to traditional Czech cuisine. It amazed me that ingredients throughout the world dont vary too much (didn’t encounter any new mushrooms I had never heard of), but the sourcing and preparation play a huge role – I never thought catfish would ever appeal to me, but I would choose this Czech catfish over most halibut, salmon, or cod preparations  .

At the end of it all, I came back with a nice collection of memories, restaurant business cards, and a souvenir knife from L’Arpege. It was an incredible experience, being able to eat at all these dream restaurants with one of your best friends. I’m sure I will return to Europe sometime down the line, Noma proved elusive this time around, but honestly being able to eat meals in a foreign country is blessing itself.

The places I visited this summer: